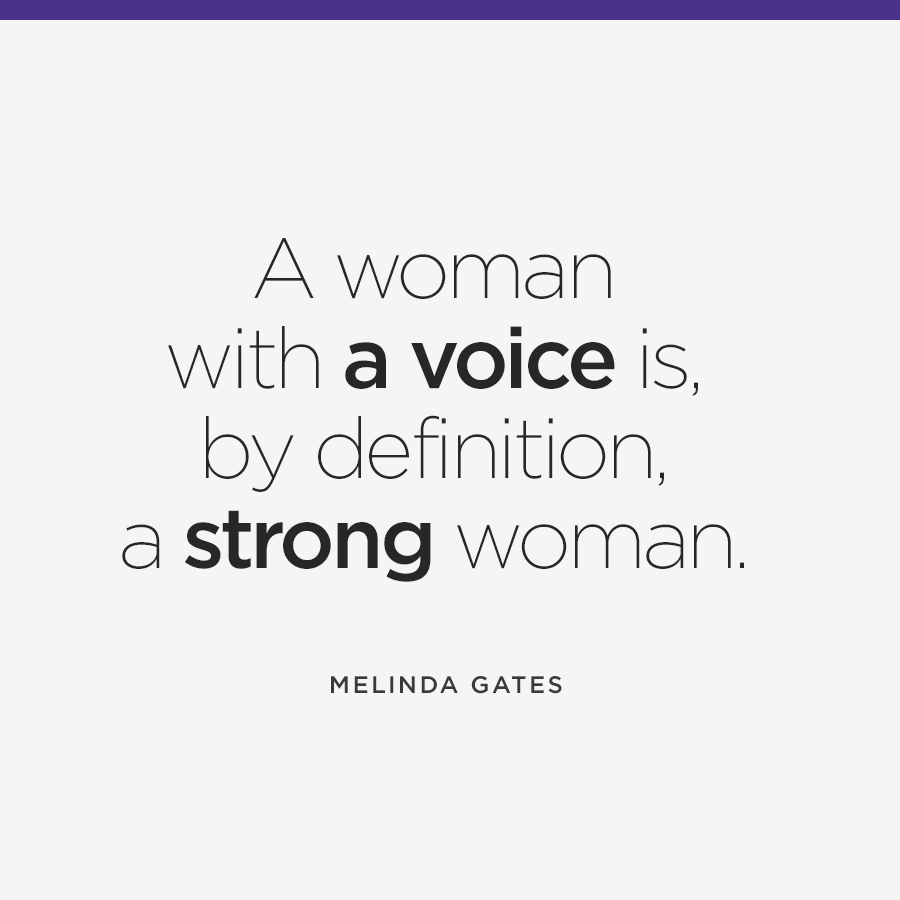 How many times have you heard these ‘feminist’ statements? How many times have you seen media rushing and gushing with international stars putting butter over bread with quotes and talks on feminism? Who knows how much of these are even being followed or believed in? Or are they randomly moving caricatures wearing masks of feminism?

My idea of this article is not to induce feminist thoughts in you. My idea is not even to lecture you about what a woman is or what she should be in today’s world. We all have enough people out there throwing light in abundance on these ‘societal issues’. I am just a 25 year old trying to convey a few thoughts about what women these days silently go through. Stepping aside from the clichés of women empowerment and ‘beti-bachao-beti-padhao’; female objectification and women’s safety, I am here to tell you the silent killers that exist in our so call ‘society’ with which a girl, a woman fights in pin drop silence.

I am a very strong headed woman and I do not apologize for being one. Being strong headed means being stubborn and self-centered and filled with fuming anger. Or does it?

Let me try and explain what being strong headed really means. A strong headed woman is someone who is a full circle. She knows the difference between wants and needs. She has the ability to pick up the little broken pieces of her heart and carve it into a masterpiece of a kind. She is someone who never regrets her failed decisions, as a matter of fact treats them as a bunch of life lessons to tag along with.

The former ‘definition’ of a headstrong woman is what the society has tricked our minds into believing. And we poor little innocent people have fallen into the trap and accepted these societal definitions of such terms.

Coming to the point, what I am trying to pen down here is the fact that, it’s time for us all to understand that ‘Society’ is the silent killer in all our lives (or your own lives for that matter men/women).

There are a few questions I would like for you all to ask and find answers to if you can.

Why is it that so many boundaries have been created for women at every turn of their lives? “Oh you got your period? Let’s inform everyone we know that our little one has grown up.” “Oh you ARE on your period? Don’t keep the napkin leftovers in the bathroom. The men of the family might run into the embarrassment.” “Oh she goes to parties wearing those clothes? (Are bhai, samhaal ke rakho apni ladki ko, lag raha hai haath se fisal rahi hai).”

Why is it that they are given the freedom to live their lives and meet new people, but when it comes to making important decisions they are tagged as ‘not-being-fit’ to take big calls? “Dear family, I want to introduce you to someone I love = what the hell? You LOVE someone? How could you even? How dare you even? You are not old enough to make such important decisions of your life.”

Why is it that even when we give our women the freedom to speak, their words aren’t heard? “I wish to work after marriage. Not because it’s added income, but because I want to be independent.”

Why is it that some people only listen for the heck of listening and answering back, but not for understanding? “I don’t want to have children of my own which is why I am considering adoption = what the hell? Is there a problem with either of you? If not, then why don’t you want to give birth? Why adopt? It’s so disgusting.” 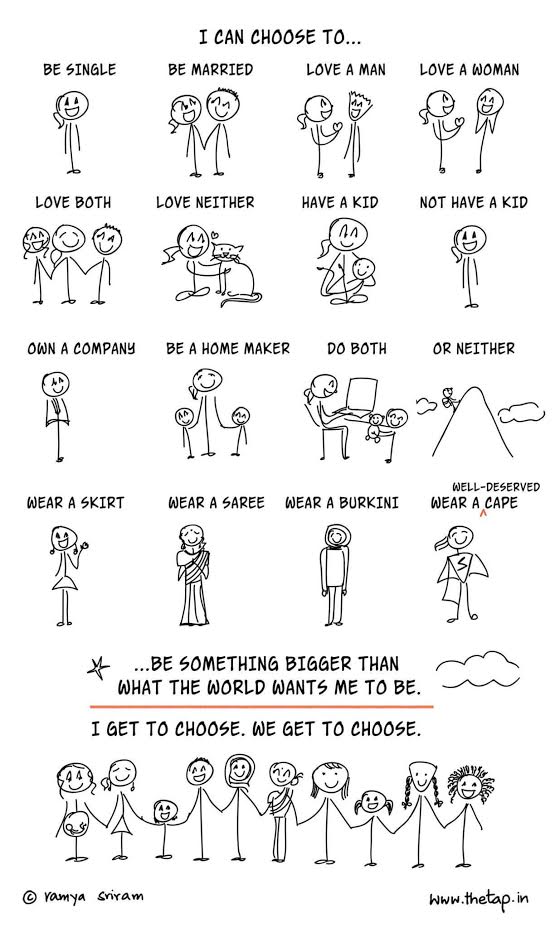 I mean, how dare anyone have the authority to judge other’s choices? Who gave the right for anyone to judge someone else’s priorities and way of living? And most important of all- why are women the center of societal pressure and boundaries. Let them work if they want to; let them bare children if they want to, let them be if they don’t want to; let them travel if they want to; let them climb that goddamn mountain if they want to. Let her be her own calming and uplifting ritual. Just having breasts and a monthly period cycle doesn’t mean they are any less capable. The society has injected dirt in our heads with respect to a moving body with breasts and no penis. That is what I term as ‘objectifying’ women. They have stereotyped such moving individuals to being within four boundaries and obeying the principles laid down by the society. And god forbid, if you turn out to be one of those women who stands up for what is right, who believes in no-nonsense, who is a living example of ‘go-get-it-if-you-want-it’ and who has the courage to stand by her mistakes and accept her fate as it comes, the society will look at you with frowning, untoward and disrespecting eyes.

A woman’s body is more than just the dimensions of her physical assets. She, in herself is much more than the shade of her lipstick or her above-knee skirts, the brand of the watch she wears or the color of her skin. If only the society knew how to read between the lines of what a woman speaks, if only they knew how to understand without being judgmental, if only they knew how she could turn the universe upside down, they would never doubt her intentions or chain her to the boundaries that this so-called ‘society’ has created for no logical reason.

It ache’s me to speak these words, but the harsh truth is, we among ourselves make the society and I guarantee each of you reading this right now, know of at least one individual in our very own personal circle who behaves like a hypocrite. I know of so many myself, and I write this article, not because it’s international woman’s day today, but because I walk by these invisible silent killers every day and because I want people to talk about this. I know it might not sound like some big-shot social issue, but ask any and every girl each of you know, how far would they agree to what has been written above? I am sure every girl would have gone through something similar or might go through these issues in the near future. It abominates me to abide by such ill arrangements. Why can’t they just let her be? She knows her strengths and her weaknesses and she will use both to weave an independent and pleasant life for herself. Don’t shackle her to impossible dreams of youth and worldly expectations.

“Why break her wings when she can take you along and fly?

Why take her down when she can show you a world from bird’s eye?

The women whom I love and admire

for their strength and grace

did not get that way because shit worked out.

They got that way because

shit went wrong and they handled it.

they handled it in a thousand different ways

on a thousand different days,

But they handled it.

Those women are my superheroes.

Be the father who trusts his daughter at every turn of life.

Be the brother who has his sisters back no matter what the world has to say.

Be the husband who encourages his wife to go for the leap; if nothing else, he will always be the one to hold her ground.

Be the best friend who brings his friend back to her truest self.

And be the society who understands the wonderful soul of a woman and the lengths to which she can shield the world with her armour.

Hope and love in abundance,

YES! This made me so happy- best thing I’ve read all week!

Author
where iz my boarding pass
Reply to  roslynrachel