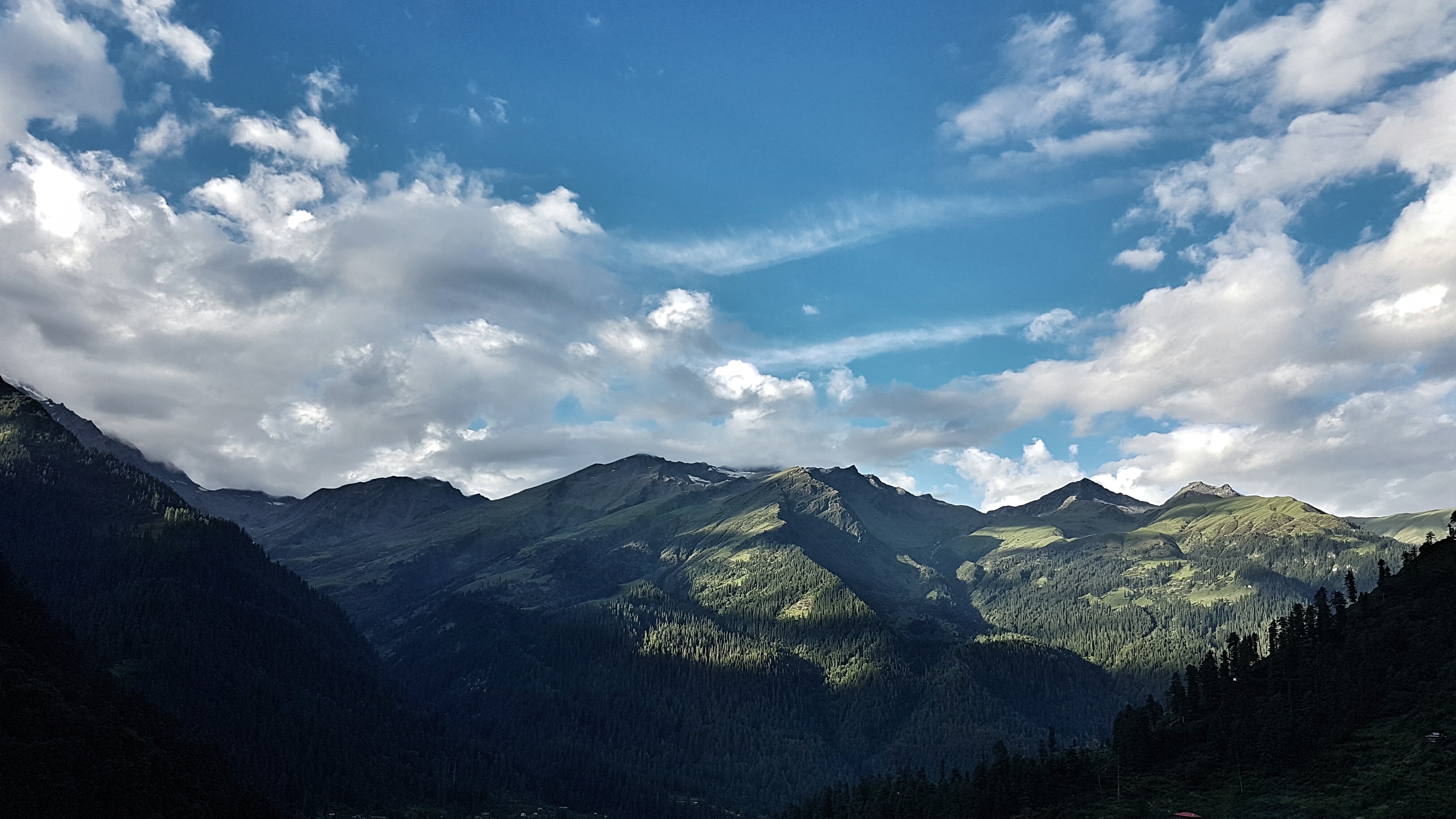 Anyone fascinated by the ancient stories of Mahabharata and Ramayana will come to believe that a large part of travel in India has back stories and myths that define the current day destinations. Are you the kind of traveler who loves to learn the historical significance of a certain destination? Are you the kind that loves to go down to the deep roots of reasoning? Are you the one to question and give deeper meanings to your travels?

If you are, then you and I are going to have fun connecting historical dots. Read on to find more!

We reached Vashisht on rented bikes. A quick flashback to a lovely (pretty bumpy) bike ride from the edge of old manali to Vashisht all the way to Solang valley and back! The sheer beauty of lush mountains and roads knotted up in their own twisted tales, a bunch of girls on three bikes pretty defines ‘BOSS GIRLS’!

In the month of July, a bunch of us girls traveled all the way from the south of India to Himachal for a trek toward the Hampta pass, crossing valleys and mountains between Manali and Spiti. With a stop over in Manali for 3 days, we decided to rent bikes and ride around Manali and a few villages. I have been to Manali three times before, but this is the one I am never going to forget. The sheer presence of mind while riding midst these lush mountains and meeting the cold breeze in the air at higher altitudes while swirling from one turn to another, I realized that happiness is just around the corner (of the mountains, duh!).

Our very first stop was at this quintessential little village at the banks of river Beas called Vashisht. Being more like a subtle green patch, this village was named after Rishi Vashisht, one of the seven sages (saptarishis) in Hinduism. The story of Vashisht trails all the way back to the era of Mahabharata. Even the river Beas, was originally called vipasha which means ‘freedom from bondage’. All across the books of Ramayana and Mahabharata, the conflict between the two greatest rishis of the time – Rishi Vashisht and Vishvamithra, has been a highlight. There have been various violent encounters captured in the respective books between them. Myths say that, Rishi Vashisht attempted to commit suicide in this river after he gained information that Vishvamithra (warrior son of Gadhi) killed his children. In the attempt to commit suicide, the river refused to drown Rishi Vashisht therefore creating a hundred shallow channels. And that’s how the name Vipasha – present day Beas. After this event, Rishi Vashisht started afresh. This temple is almost over 4000 years old. Looking closely into the architecture of this temple, you will see the intricate details and carvings on its wooden walls that speak of an unread story altogether.

We reached Vashisht in about 20 minutes from one edge of old Manali. This village is filled with rich culture, traditions and lots of tiny colorful cafes. It remains pretty crowded by tourists from around world during peak seasons. From foreign travelers to traditional architecture, German bakeries to Instagram worthy sit down cafes with live music, from cows to deer’s to nilgai’s, this was one stop on my bike-day excursion around Manali that I will never forget. Such is the photographic beauty of this village and the path that leads to it.

If you are in Manali, do give this little place a quick visit. It won’t take you more than 45 minutes by walk or even a short drive up through the rickshaws.

Got another historical significance for this village or hill station? Feel free to leave them in the comments section below.

Visited Vashisht in 2014. Loved how scenic and charming it was.

Such a charming pretty place. Will love to visit 🙂

This looks like a beautiful area. I’ve never been to India, and I have so many places to add to the list! Lovely photos too!

Wow glad that you had a great adventure and learned do much about the Himalayans myths and tradition. It was tough to travel there but it makes your experience so special @ knycxjourneying

Absolutely! It was one of the best experiences 🙂

I found this fascinating, especially the creation myth of the area’s topography. I too am interested in the history of the places I visit.

Good to know a new place near Manali. I went to Manali – Spiti for the first time this August and so addicted to Himachal Pradesh if I have to put it. I am waiting to hit Manali as I did not have any time to explore that hippie place and now adding one more to it ?

Yayy. You definitely should go there. It’s a gorgeous little place. You will have so much fun.